The nuanced relationship between theatri­cality and space is explored in Aurelia Frey black and white photographs of faces and abstracted natural settings. In a series entitled ‘Through the dark fo­rest’, the young French photographer presents a cast of characters straight of a crystal ball – though contemplated by the viewer, they themselves seem to be haunted by the act of looking, caught in a world of abstract darkness that is half film-noir drama, half nightmarish reverie. But there’s a calmness that runs through these personages’ expressions – as if they had rehearsed it all in front of a reflecting window, or as if they were preparing their own film-still takes, as if they were acting out a plot they cannot change, looking slightly askance through a mirror that sim­ply, immediately changes what’s normal into a play. If there could ever be frank portraiture of fairies, this is what it might look like, partial, vivid, slightly paranoid of being found out. The perfect foil to these masks are the forests whose misty, placid and slightly amorphous nature Frey candidly captures, as richly as if she lived in them. Or, if you will forgive my own personal projections, could they the metaphoric settings for the theatre of torn expressions we saw above?

« Don’t even wait, just remain silent and alone. The world will offer itself to you. »

Photographer Aurélia Frey embraces Franz Kafka’s silence in her own pictures, whether peaceful, as in the two series « Absence » and « Interior Landscapes », or more disturbing, as in « Through the Dark Forest ».

She plays with perception and is intrigued with the idea of travelling to another world and by the subtle boundaries separating reality and the unknown. For over three years, working in Alexandria, she has based her photographs on window displays, beginning with a documentary approach, using plastic mannequins as a vehicle to explore how women are represented in Egyptian society, and then progressing towards more abstract imagery.

She is not the first artist to take window displays as a starting point, though few have imbued the subject with such a floating otherworldliness. The figures appearing in the pictures exhibited at the Mashrabia gallery are seldom static; rather, whether dressed, veiled, bewigged or bald, with make-up or without, they move through mysterious spaces.

« I always wonder where they are looking, » says Frey, who admits to being puzzled by their enigmatic gaze. « I was interested in capturing still time, » she elaborates, « which is why I wanted to avoid any information, such as price tags, that locate the figures in everyday life. »

In « Absence » Frey confounds the expectations of the spectator who sets out to read the images logically. The atmosphere is clearly intended to invoke a sense of wonder as she blurs different fields, playing with the reflections in the glass. But if the result is disorientation, it remains gentle. Lines are smooth and the rendering of colour plastic, the placidity emphasised by the use of matt paper.

So are the mannequins looking at the same thing, the thing we, the spectators, cannot see? What if we were able to look through their eyes? Frey poses these, and other questions, that take us to the edge of a fantasy world.

Frey also takes pictures of real people. « Interior Landscapes » — works produced in France and also showing at the Mashrabia gallery — focus on the ordinary, on people physically present though absent in mind. Next to each portrait is a landscape from the mountainous region of Lozere in central France, close to Grizac, the village where Frey and her family live.

The landscapes are all taken just before sunrise or just after sunset, at that in-between time when life appears to be waking up or calming down. The atmosphere of these fog-drenched micro-climates is rendered in subdued colour. The emptiness she photographs does not give rise to anxiety. Her intention is not to provoke melancholy. According to Frey these are places of meditation, not of anguish.

The portraits all adopt the same technique. « I wait until the people get exhausted and then capture that moment, when they turn inwards, become introspective. » The images contain no clues as to place or time. Some of the portraits are taken in public places — in theatres or else neutral domestic interiors. There are no attempts to hint at personality. The models are anonymous, without histories.

A very different atmosphere is expounded in the 20 splendid pinhole photographs showing at the French Cultural Centre. The pictures were made using a stenopé, a simple box with a tiny hole rather than a lens. Through this basic method Aurelia Frey revisualises a number of Renaissance paintings. « I wanted to play with works by Renaissance masters, including Titian, Leonardo da Vinci, Carpaccio, Michelangelo, Fra Angelico and Signorelli, » she explains. « I wanted to dive into their works and present them in my own way. » The title, Through the Dark Forest, refers to the descent into hell in Dante’s Divine Comedy.

She captures characters and details from the paintings and gives them a new life. Many images are taken from the ceiling of the Sistine Chapel, others from works by the 17th century painter Monsu Desiderio, with whom she feels a particular affinity. But why the Renaissance and the period immediately after? It is, says Frey, a period that has always interested her, not least because it contains so many echoes of earlier mediaeval concepts of hell.

Through the Dark Forest is not the first time Frey has experimented with the simple pinhole camera. Last year she ran a children’s workshop in Alexandria during which the participants were encouraged to explore the city with these simple cameras, concentrating on the theme of water. The results, « Stroll near the Water », were exhibited at the Bibliotheca Alexandrina.

The current exhibition is remarkably powerful, at times harrowingly so. A horse, that in the original painting few would notice, appears to be returning from hell; a face from a Titian is picked out from the surrounding gloom and highlighted in such a way as to lend it impressive strength.

The process the artist uses allows for images to be distorted as she creates a weird sense of volume, using lighting to accentuate the distortions inherent in the process. « Pinhole photography always leaves a margin of uncertainty, » says Frey, who clearly relishes the element of the unpredictable. Frey also sees silence in the stenopés, though it is a fierce silence, the muffling of a scream. 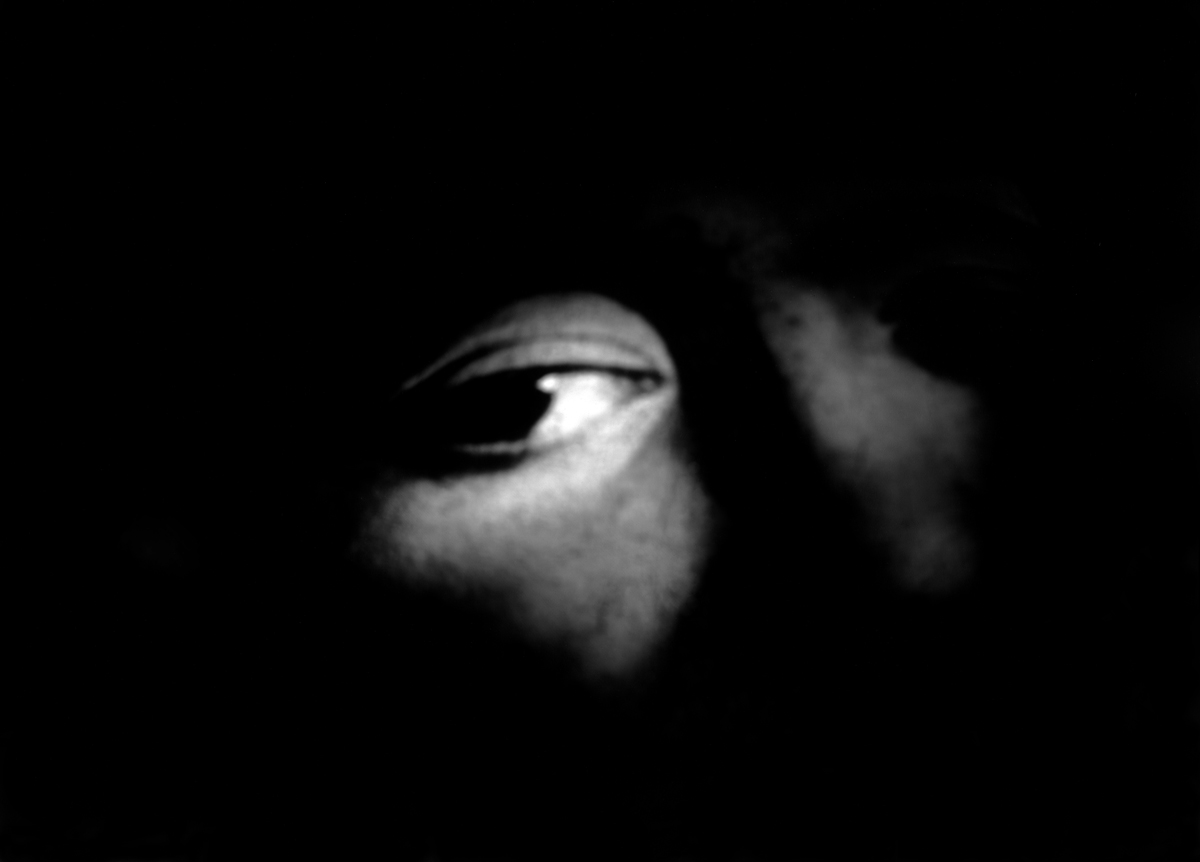 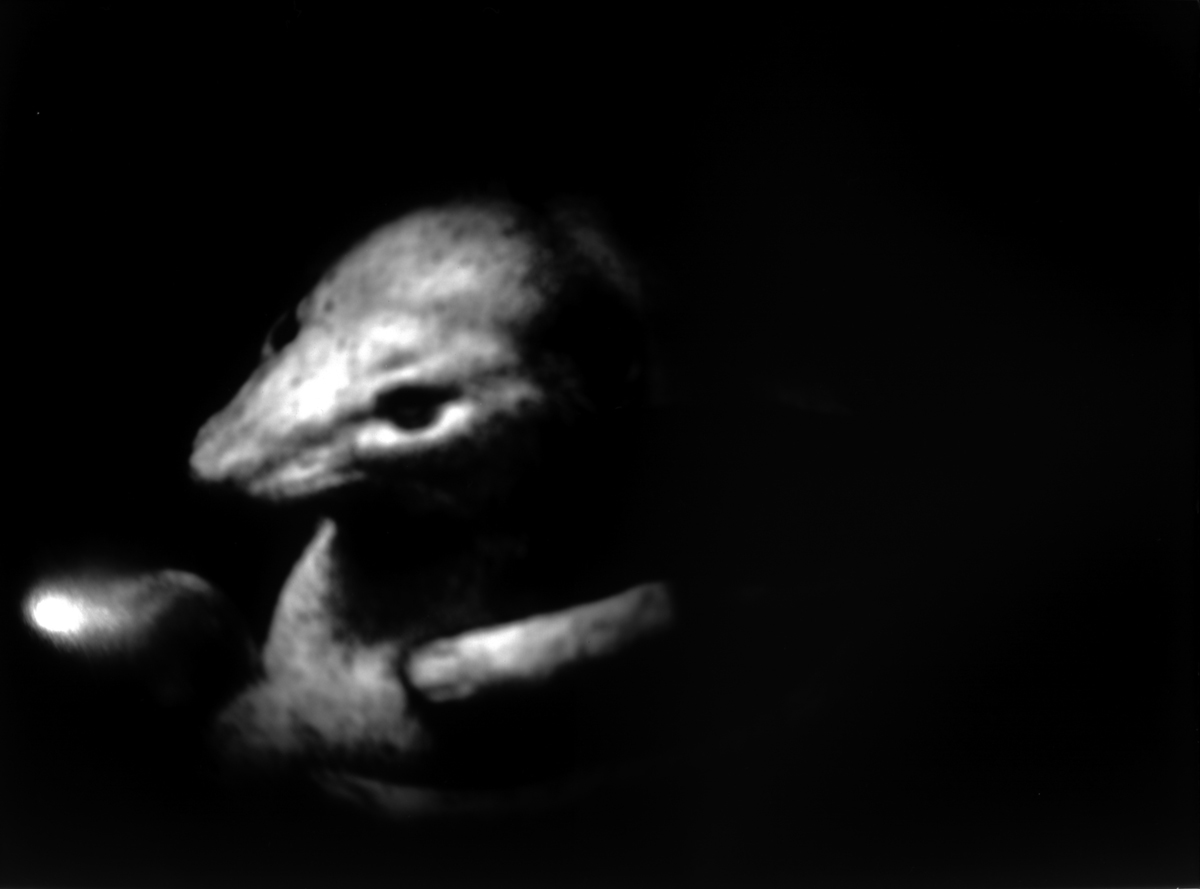 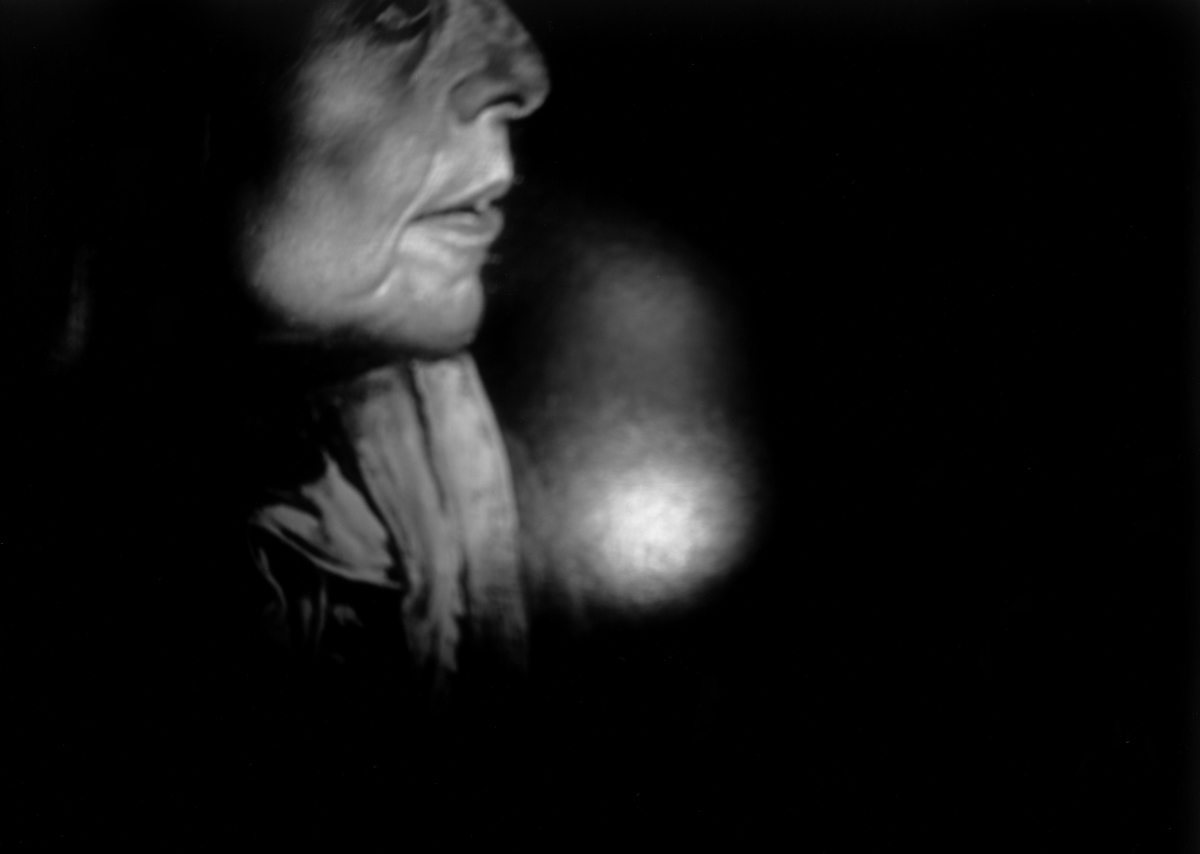 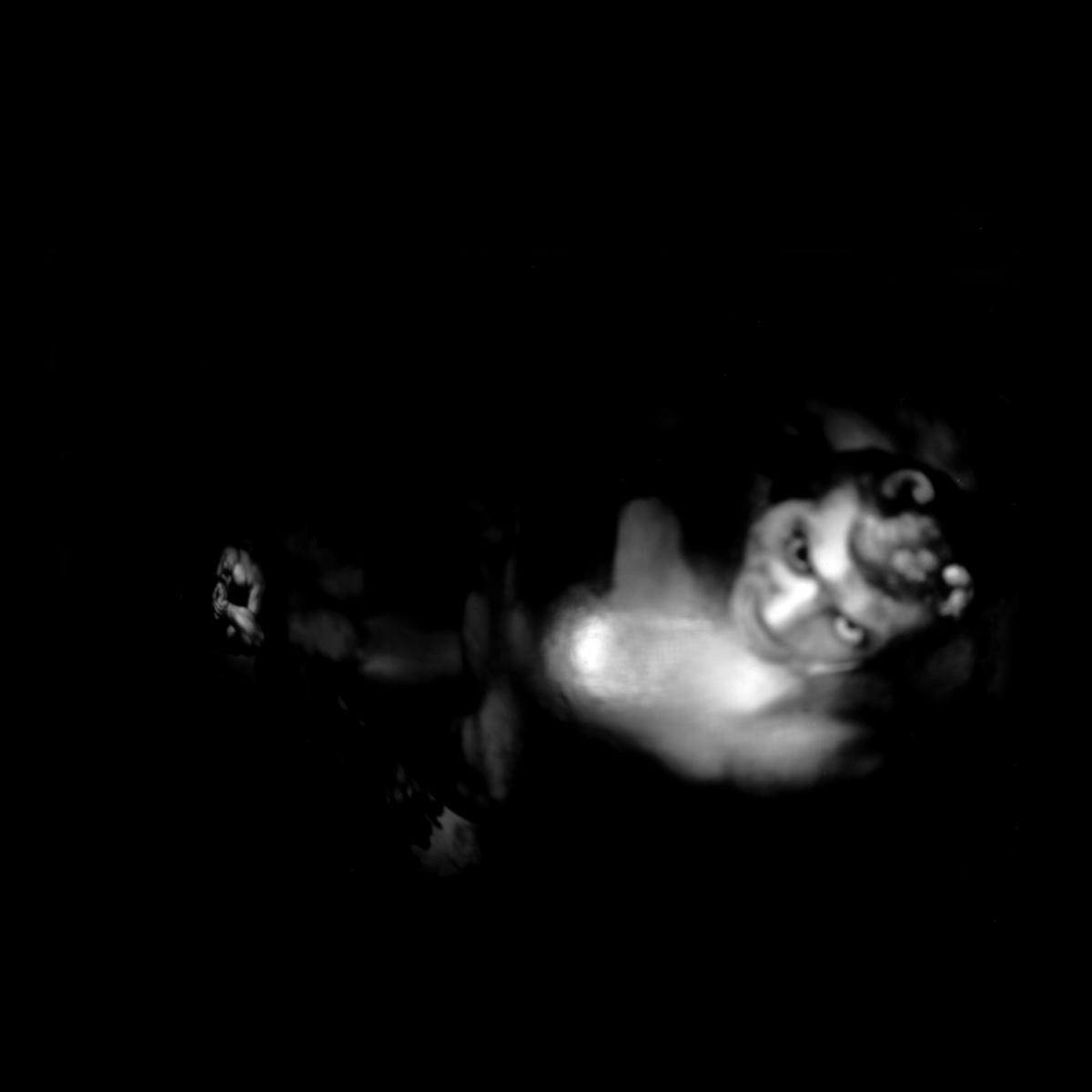 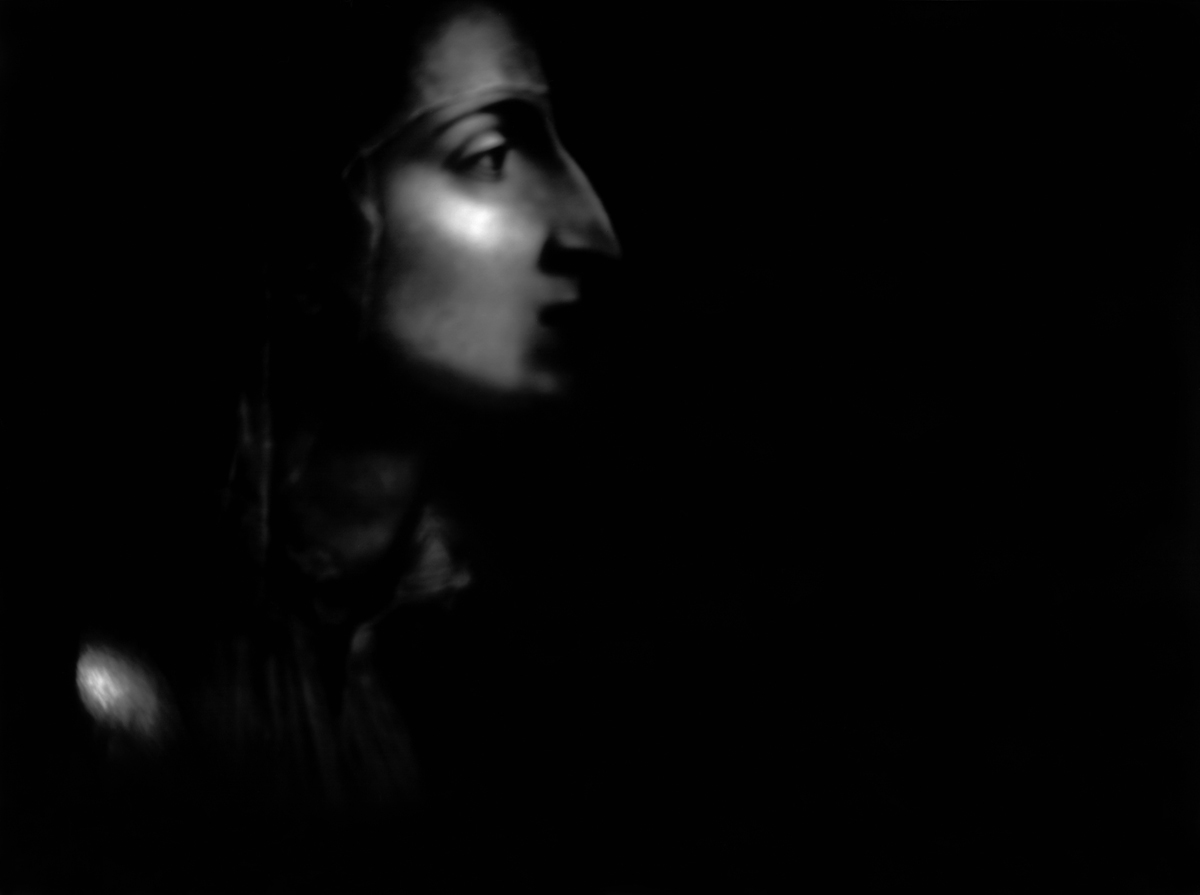 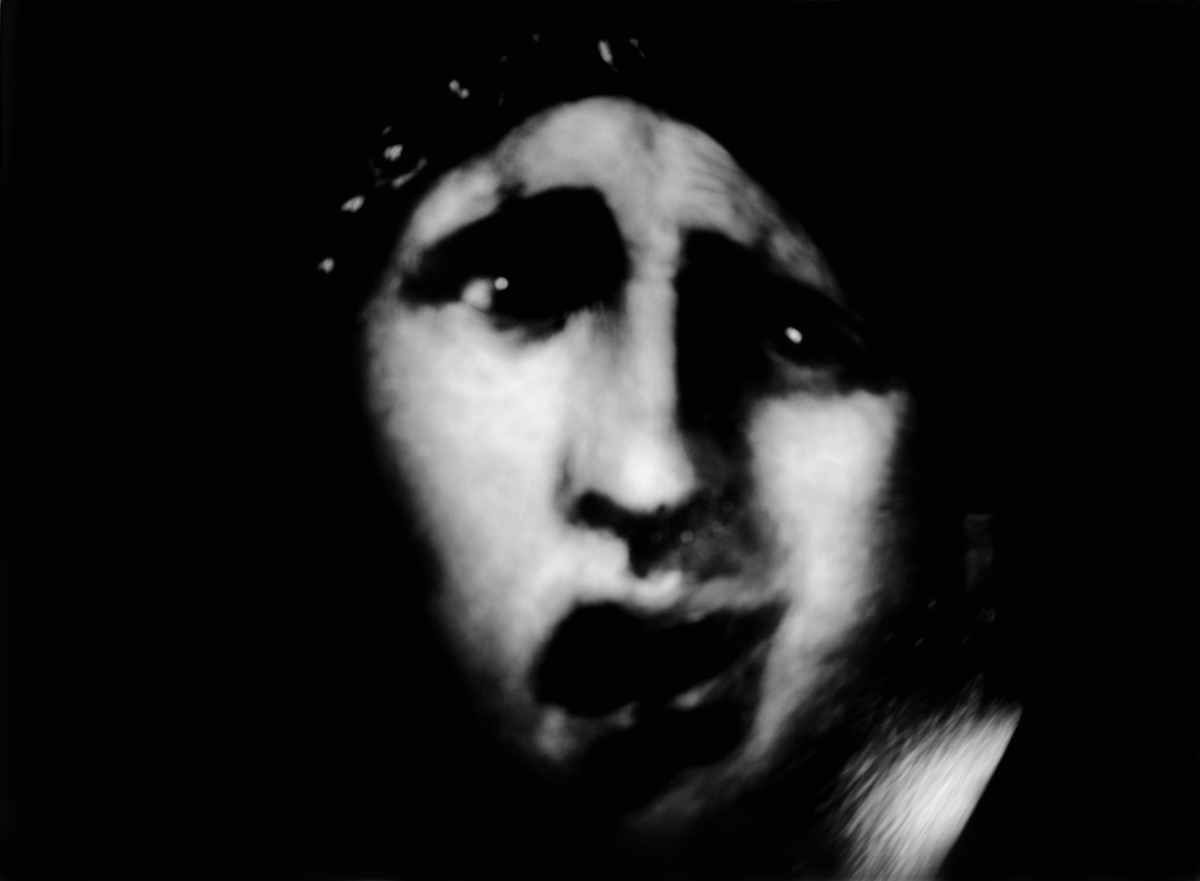 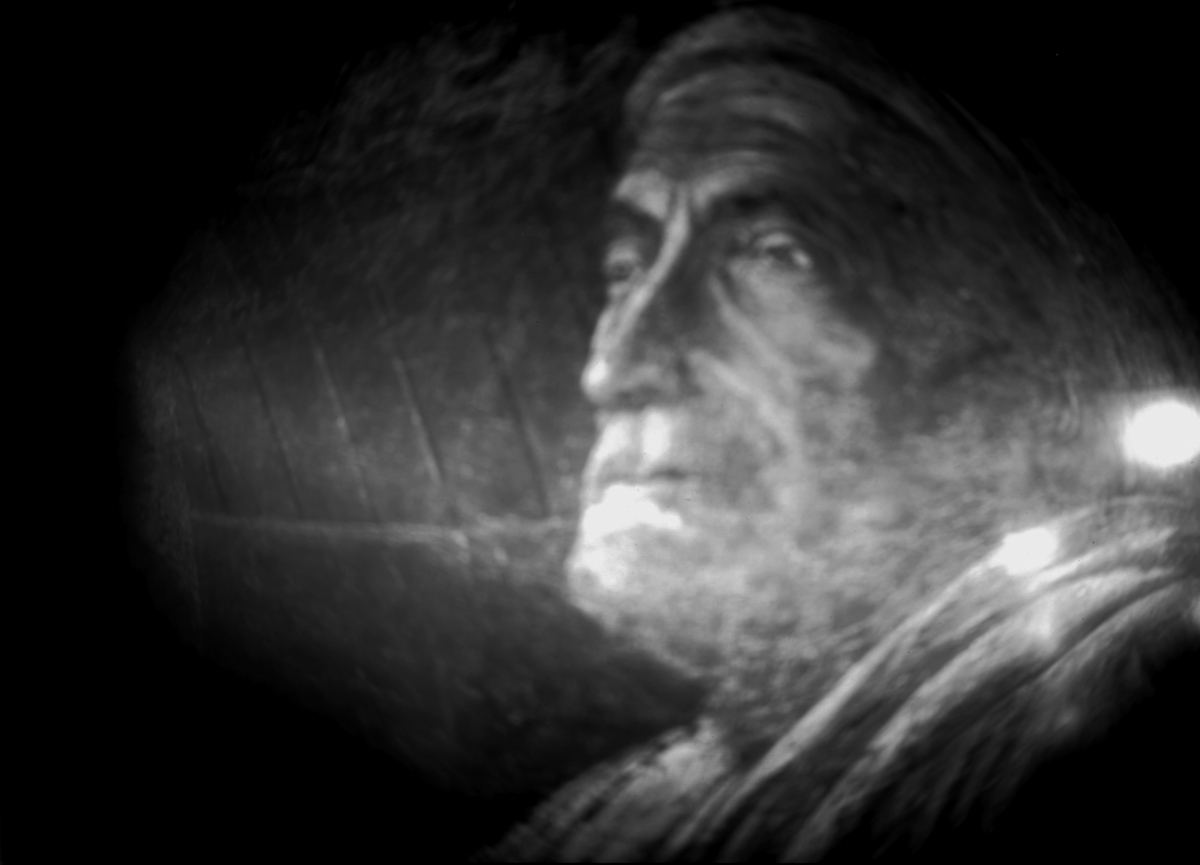 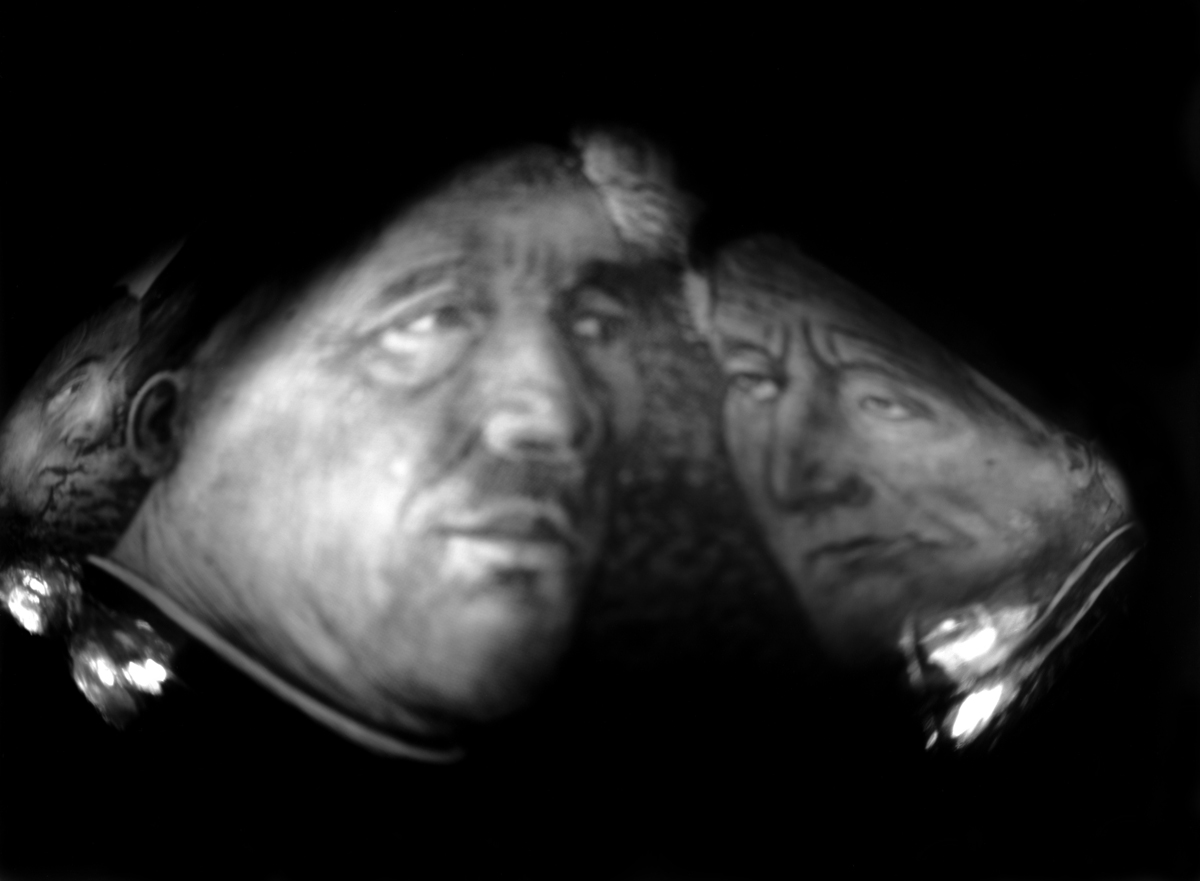 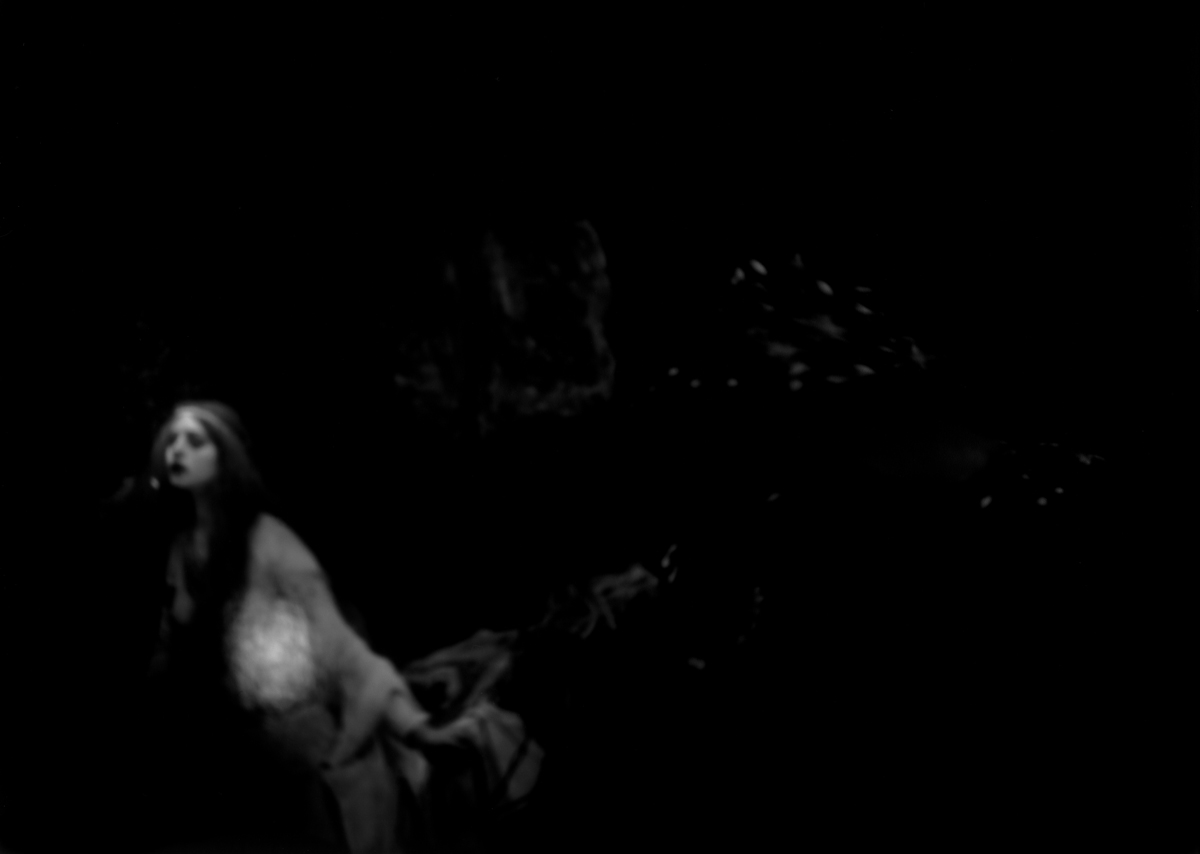 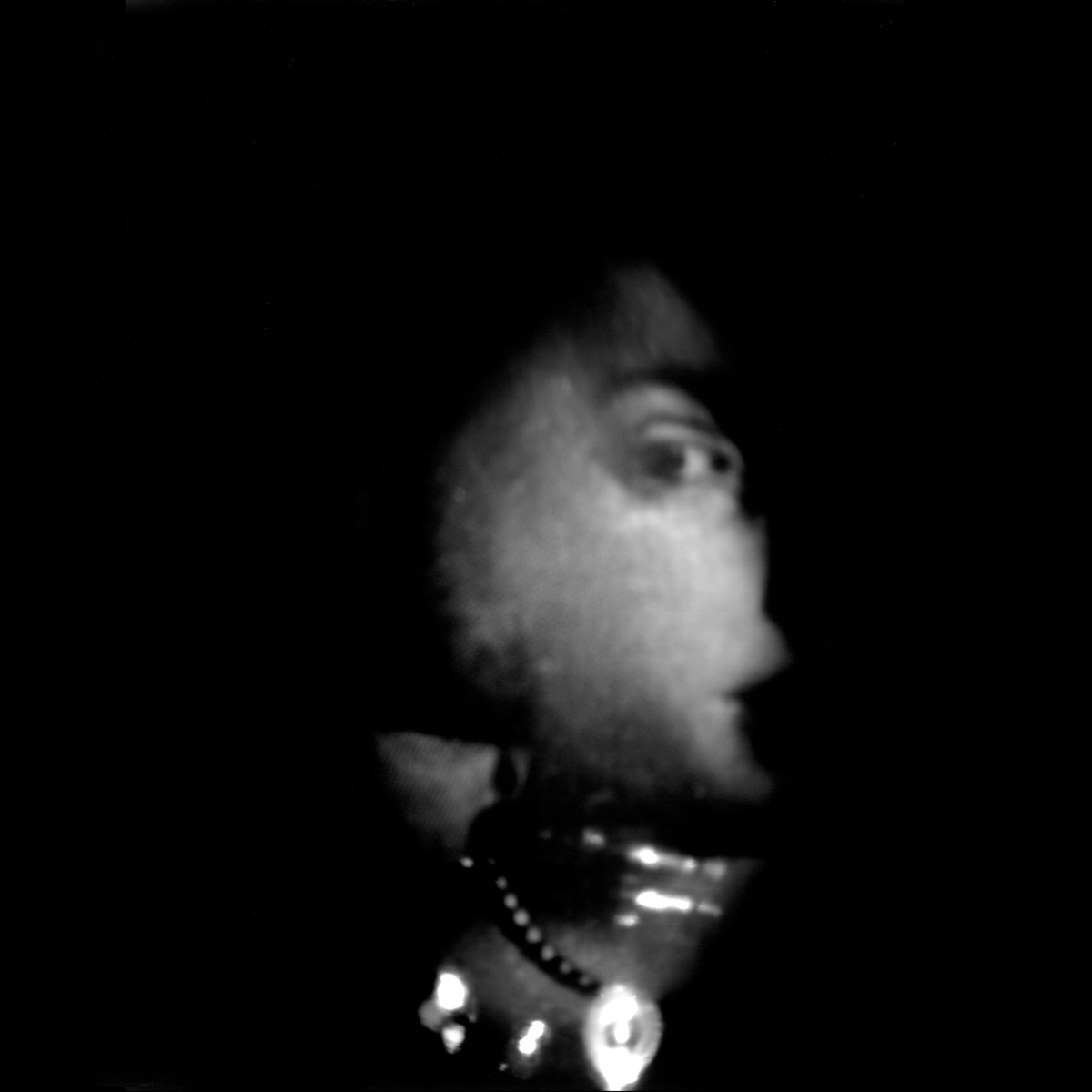 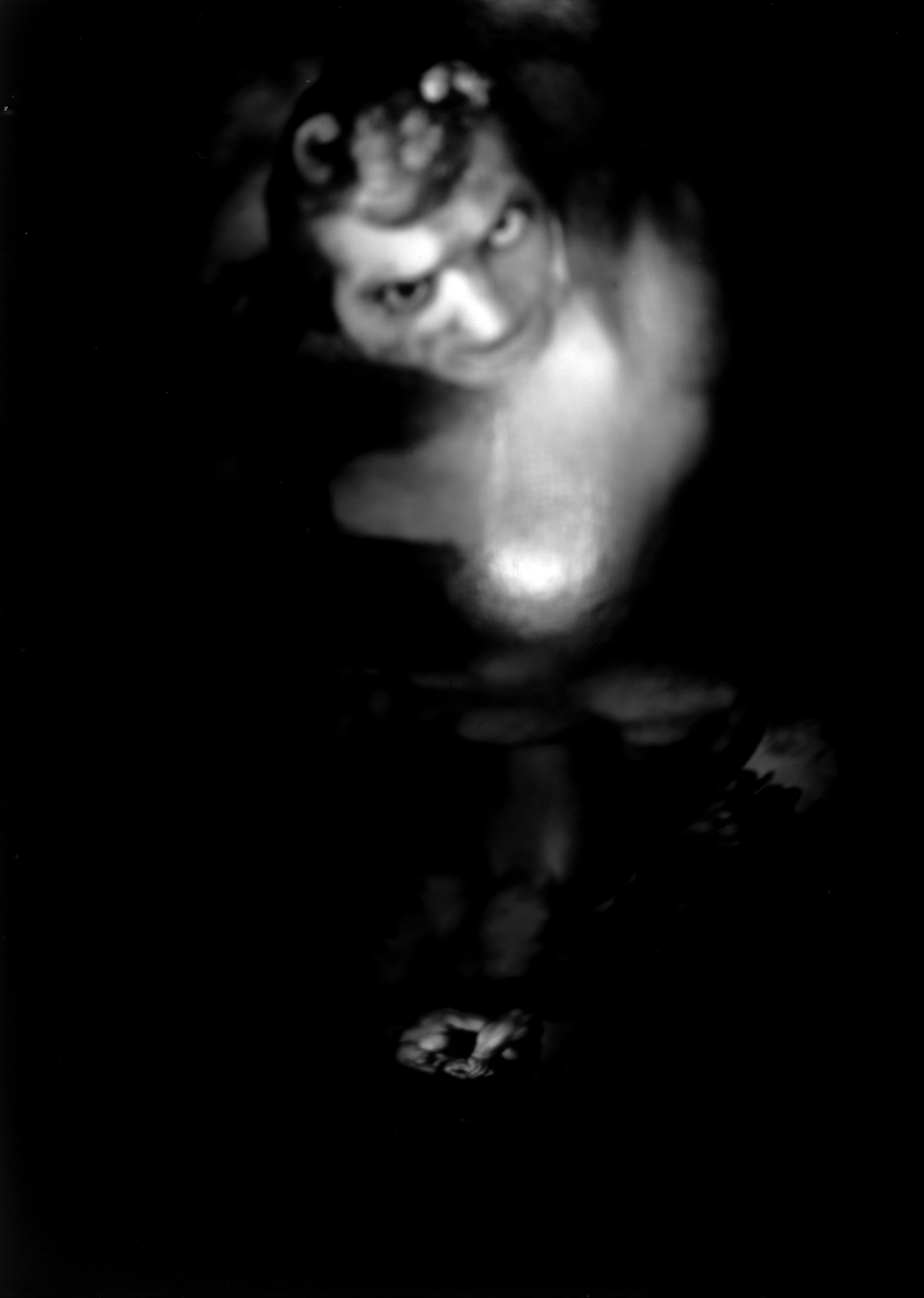 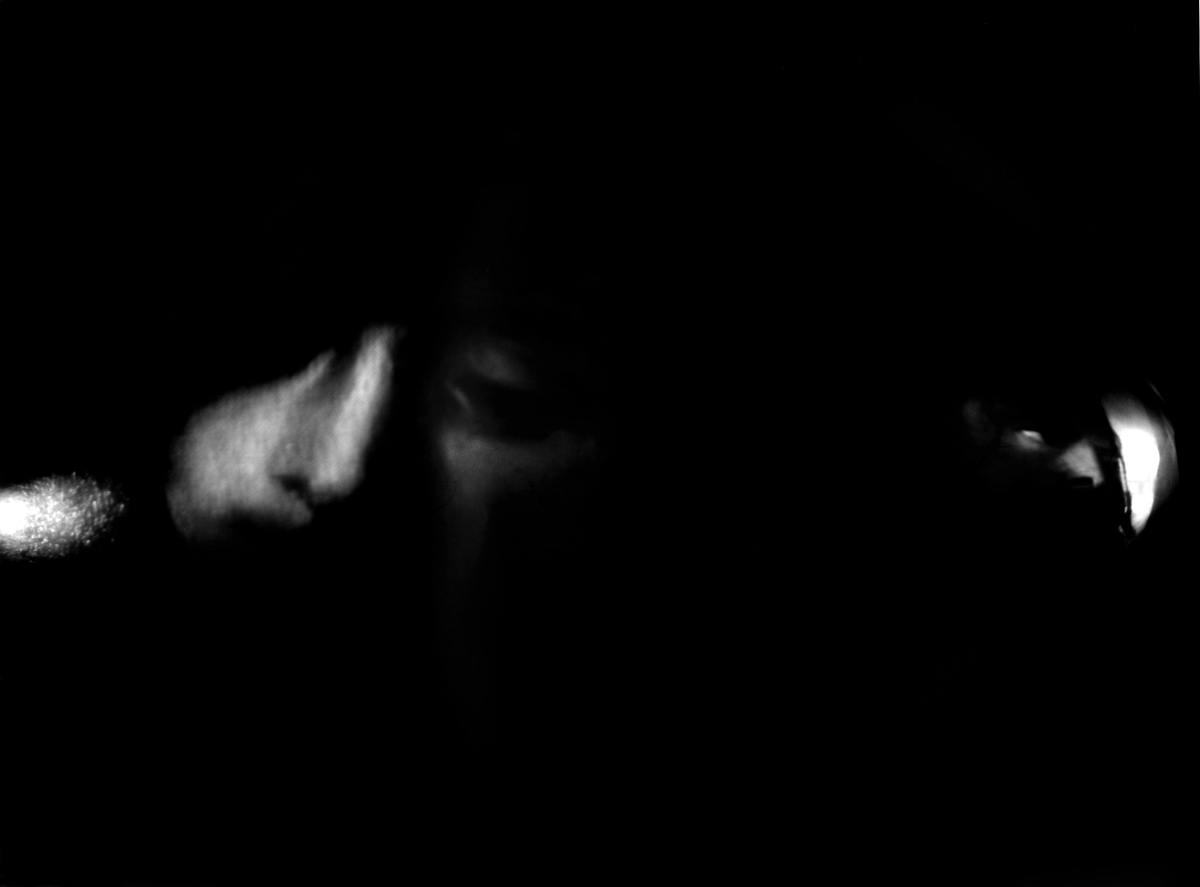 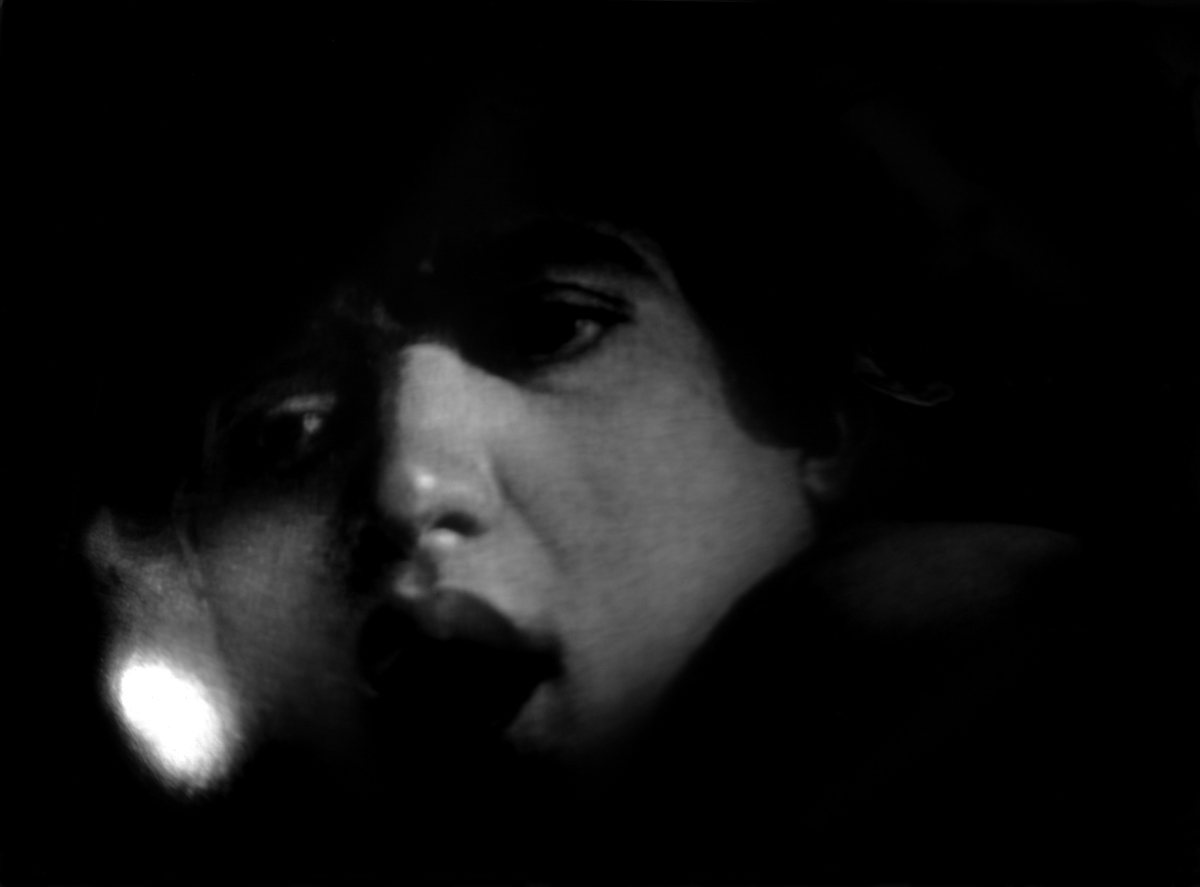 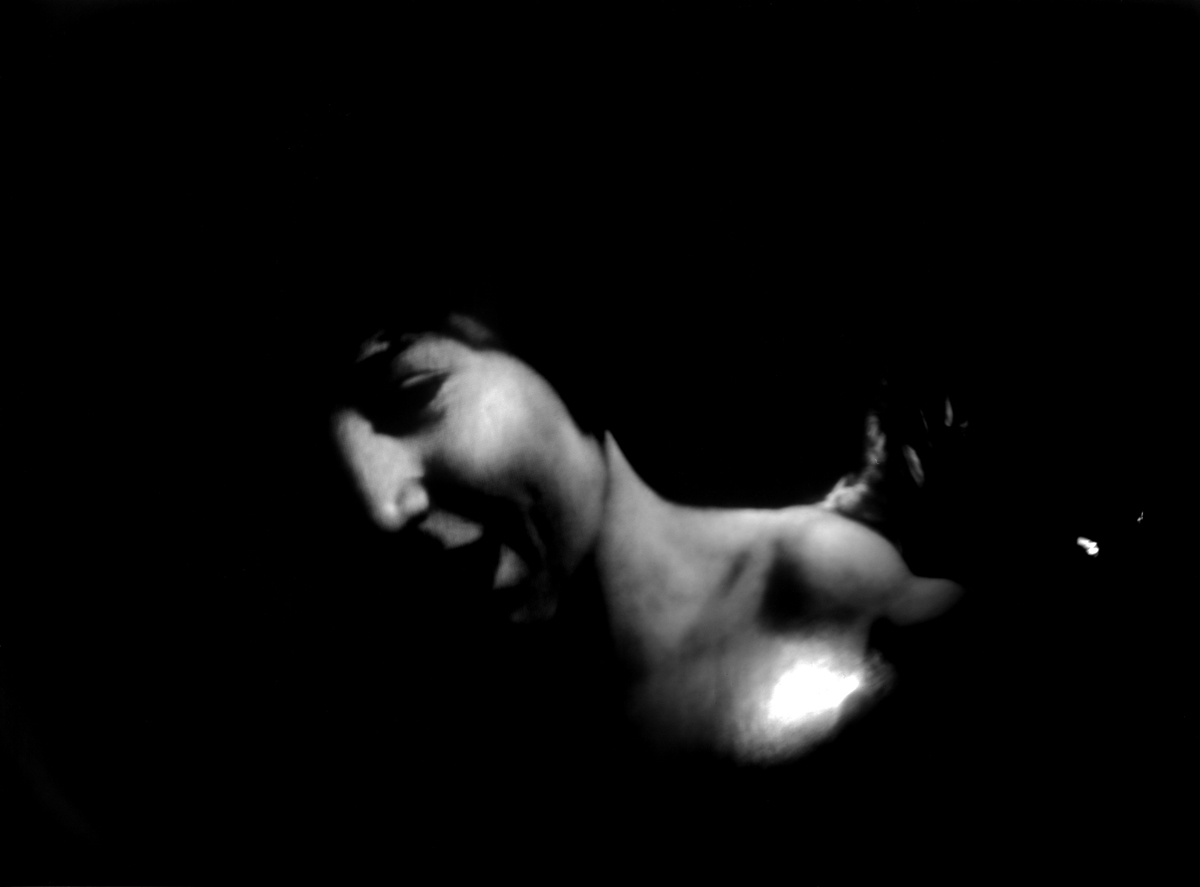 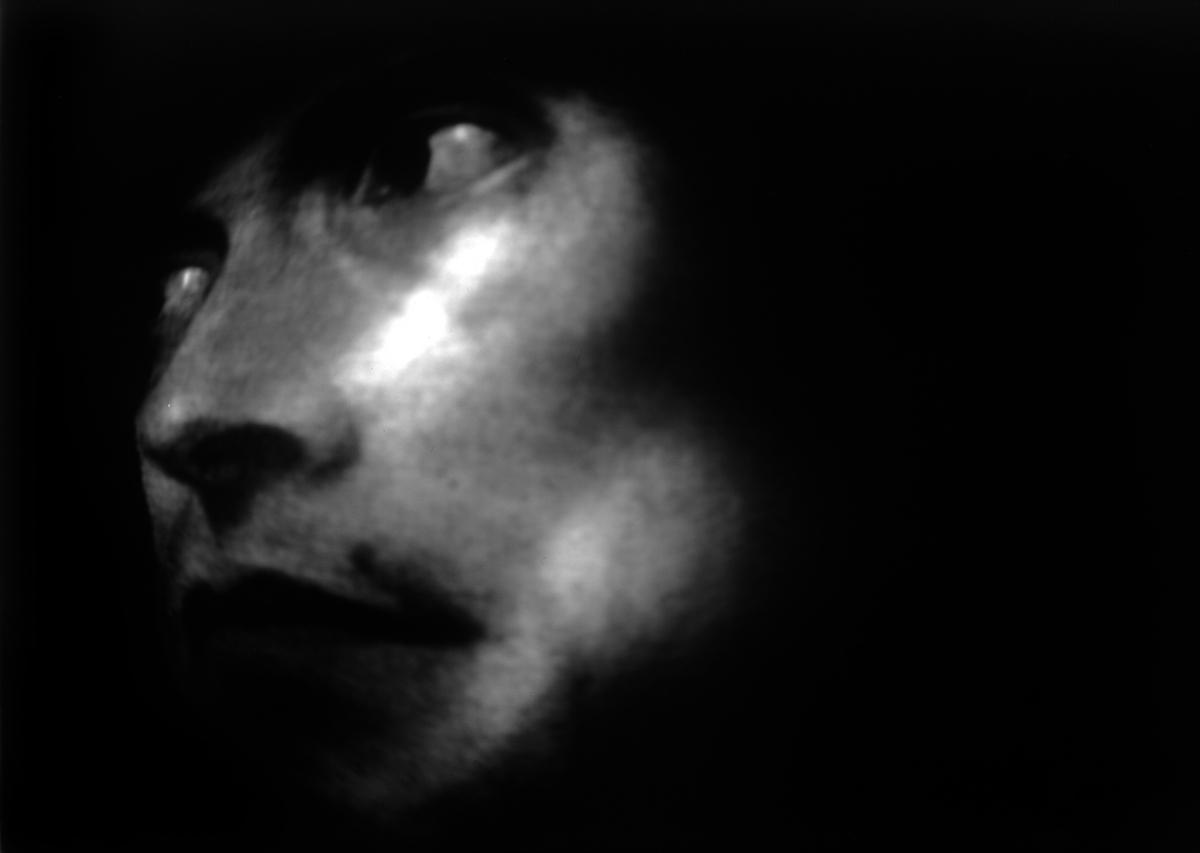 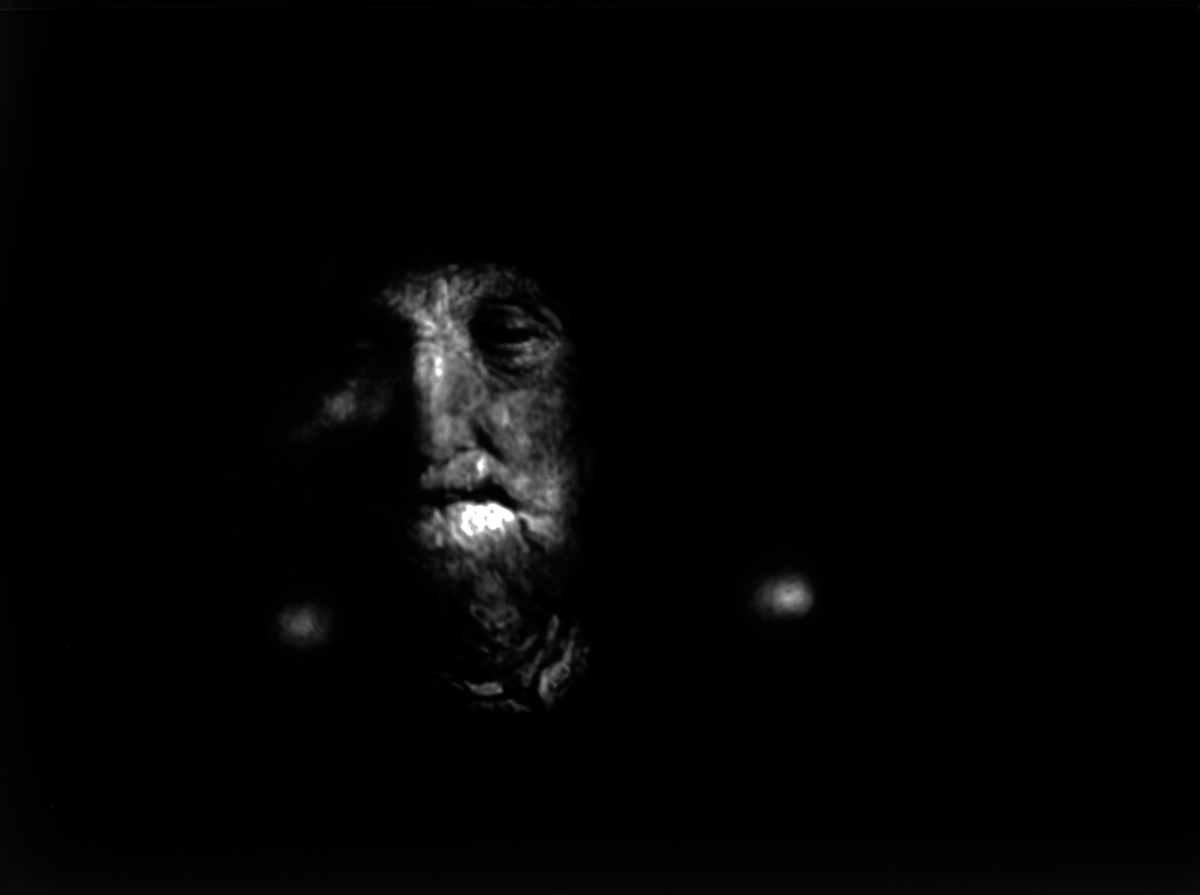